Wow. This last month really started kicking my butt towards the end. Like total weight gain yo-yoing and eating comfort foods galore. Some foods I haven’t eaten in years or had given up. Then also the glorious money woes and now finding out my rent is being raised and needing to move … again. Thank goodness this is a short month; I don’t know that I could take any more days like these from last week! The best part of this whole month? The constant snow! So with an update on my February Resolution of money tracking … here is my February update and my March 2015 New Year, New Resolutions.

So how has the month been going? Sometimes I think maybe the move to DC wasn’t my best choice? I don’t normally regret anything, obviously some things in life are regretful, but my moves have never been that. I love moving (though not spending the money on it) and seeing the places or just hanging out. Maybe it’s the cold weather and not being able to get out to do anything, or the work stuff that has been hanging on (really why can’t we all just act like adults?), but things just don’t feel right. And now I just got the lease renewal and they are raising rent over $100!! Seriously? It’s outrageous rent here anyway, and now being raised that much? So now I have to decide if I am staying or doing another move. Why? Because it is cheaper to sign a one-year lease than shorter ones – which I prefer since I hate being locked into anything. You know that word – commitment. So, now I have 60 days to either commit to DC and an apartment, or quickly find 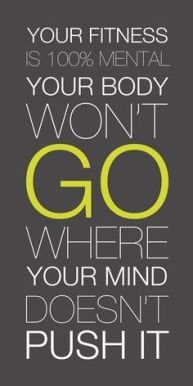 another job somewhere else and move. All that stress has not helped my weight. Which has not done anything good in a long time. At all. Not going to bore you with my constant struggles with that – no need to lay that on you also 🙂 I hate that these updates are always downers, and I will try to start a new positive outlook because not only do you not want to read about my constant weight battles, but a better outlook will only help me!

My February resolution of Budgeting – though I don’t think that was what Feb was about, more like seeing where all my money is going – sadly, I found out where it goes. Food. Like a lot. Though I did buy a new pair of running shoes, I don’t spend money on anything fun. No new clothes, no trips, no movies or plays, no exciting anything. The extra money I have, which is little, goes to food. Food for the website and to, you know, eat. I spend a lot of money on soy milk, and dang it’s expensive! $4 for a half-gallon at my store! And I don’t care how many people or websites out there say it’s cheaper to eat vegan or clean – IT. IS. NOT! Yes it’s all dependent on where you live and how expensive the things are that you buy. It is still expensive to buy food. And try to create recipes that are gluten-free on top of that? No it is not cheap. Let me say that again. It’s not cheap. Luckily it was a short month but my money went down to the wire just like every month. It is good that my lease is almost up since it means I will have to move, which means I will get to actually visit apartments in the DC area and will be looking at cheaper ones. Cause this place? Not so much. Now I need to start cooking more out of what I already have in my cupboards, but the veggies for my recipes really add up. And eating fresh fruit? I will have to start eating sale items only!

My Lenten resolution of one mile a day is going good – as in I am actually doing it, but I am finding that I am flaking out on actually working out. I get on treadmill and walk two minutes then do a slow jog for one mile. Then I pretty much crap out. I think about how I need to run one mile every day for 40 days, and that makes me worry that I won’t make it the next day to the gym because I will be too tired – body and/or mind – so I don’t do anything extra. Not even just a sluggish walk on the ‘mill. It makes me disappointed in myself since I was able to get myself there every morning no matter the weather and go for an hour, no problem. Now with the freakishly cold weather (snow is awesome, 10 degree mornings? not so much) I don’t go in the mornings, it’s after work. Which usually means it is a force of nature that propels me into the gym. I am getting there and that is great. I just don’t want to keep crapping out. I want to prove to myself that I still have the discipline (the theme for this month if you didn’t get that from all the pics) to workout like I used to.

So what is my March resolution going to be? Well I honestly never thought this would ever be one of my years resolutions. Back when I decided to do monthly resolutions I decided to not project them so I could just decide as I went through the year what it was I would need to work on. So back in December, when I was perfectly fine not buying store-made cookies or sweets, or thinking that chocolate wouldn’t pass my lips (besides chocolate soy milk, no chocolate has been eaten in 6 years!), nor eat the random cakes that people bring in to work, I never thought I would have to make a resolution to stop myself from eating so many baked goodies since I started to let it happen! How crazy! It is like all the discipline that I had built up over the years has been worn down since moving here. So my March resolution is to bake, which sounds crazy I know, but the only way for me to not want to purchase those cookies or other things is to make sure I have something here to eat. I obviously haven’t done too much baking since December, so it’s time to start making healthier, maybe cleaner, versions of what I was buying. Because my body, nor pocketbook, need any of that!

Me in the snow