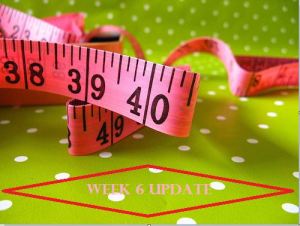 What a week.  A week full of interviews, calls for interview, a stomach bug, a day long interview, and yes – stress.  This past week has been a hectic and super busy one.  So full it doesn’t feel like I even got a day off over the weekend.  This week has been a very reaffirming one though.  Here is my New Years Resolutions – Week 6 Update.

So, the interviews have been going good.  I even got offered one of the jobs…but turned it down, because it sounded like the most boring job ever.  I mean most admin jobs have some (or a lot) of boring aspects, but this one took the cake!  Then I got a call for another interview – called on Thursday with the interview on Monday!  A FOUR HOUR long

interview.  Man, and after being sick Sunday night with a horrible stomach bug – I was exhausted by the end of that marathon!  But this whole week was awesome.

Work on the other hand.  Oh, man.  I had never thought I would be a part of an organization that so truly wanted to screw people over!  At least that is how it seems.  One person got the shove out the door (unknown if fired or they quit), then she had to be escorted in so she could clean out her office.  Really? Harsh!  Then another lady has been freaking out because she has felt targeted ever since the other one left.  But, bright side is that the boss has said since that first lady is now gone that it frees up money to have both of the admin for a few extra months.  (which is the reason I could turn down the other job without guilt,

because I have a semi-reprieve)

As for eating this week, it has been good.  I did well over the weekend, which is always my hardest time.  A smallish bag of pretzels got me though on Tuesday at work.  But it was oh-so-salty and hit the spot.  So good.  I made sure that I ate my cauliflower pizza for lunch and dinner since it was full of veggies.  Other than that no big eating drama – a first for awhile, woohoo!

But, the working out is not feeling as fun.  With all the interviews, drama and stomach troubles, as well as weather issues my workouts have not been the best.  Luckily for the monthly challenge I have been doing something, but my motivation is seriously lacking!  How do I keep all the balls in the air (positive attitude, eating right, 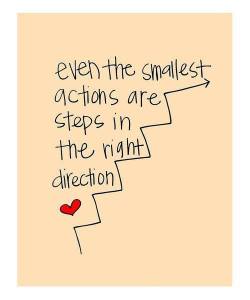 working out) when I just plain don’t feel like it?  The workout plans are not too difficult, and I enjoy pushing myself at the circuit training days, and I don’t mind too much doing the workout challenges – I mean how awesome is it that I did 43 squats straight today?  It’s awesome.  The problem isn’t the workout, it is making myself do it.  It’s the getting there, like literally getting to the gym.  That is the hardest part.  Simple motivation to keep everything going at one time for long periods of time.  Not just when things are going good or bad.  Even when things are just normal or blah.

No complaints thought – I didn’t workout so much?  Not going to dwell on it because I had an amazing week otherwise!

Train along with me with the February Training Plan and Challenges!

So how has your week been?   Let me know how your resolutions are going, I love other peoples positive progress more so than mine

Challenge yourself with me!

Get some killer abs and a butt to bounce a coin off of…or at least torture yourself along with me!